Soweto derby set to light up Africa this weekend 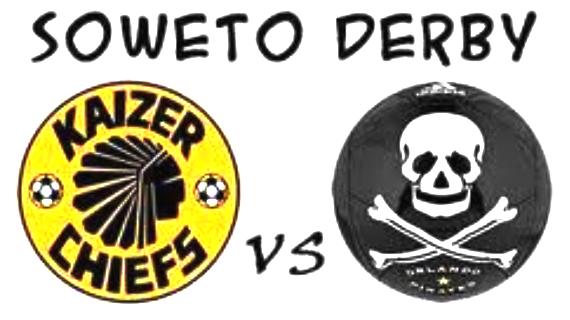 Soweto derby set to light up Africa this weekend

Forget the AFC Leopards vs Gor Mahia derby here in Kenya, or even the “Hujuma derby” in Tanzania pitting Simba and Yanga. The Soweto derby in South Africa pitting 4-decade old rivals Orlando Pirates and Kaizer Chiefs is deemed to be one of the most hotly contested derbies in Africa.

Perharps some of the derbies that come close to the levels of the Soweto derby are Wydad Cassabalanca vs Raja Cassablanca in Morroco, Al Ahly and Zamalek in Egypt or Esperance and Club Africainne in Tunisia.

The Soweto derby is so hot in South African media such that no other SPL game will be played on Saturday, the date of the Soweto derby. The tickets for the match were sold out two weeks ago perharps because the results of this match will most likely decide the destiny of who wins the league.

A crowd of 94,736 people is expected at the Soccer City Stadium in Johannesburg for this tie with a global TV audience in millions expected to follow the match keenly.

The Chiefs, known as Amakhosi (translating to Chiefs in Zulu), will be seeking the South African league title, the richest in Africa with prize money adding up to 1.1 Million Dollars (Approx 97 Million Kenya Shillings) for the first time since 2005.

Amakhosi leads the PSL table 5 points ahead of defending Champions Orlando Pirates who have a game in hand owing to their involvement in the CAF Champions League.

With nine rounds of matches remaining before the curtains come down on the PSL, this highly charged game will most probably dictate the winner of the league. If Pirates win this match, they will cut down Amakhosi’s lead to just two points, with a match at hand. If they win their match at hand then they will overtake Chiefs to the lead of the table.

However, if Chiefs win this match, then they will stretch their lead at the top to eight points, with eight matches remaining.

The first leg of the Soweto derby in December last year ended 1-1.