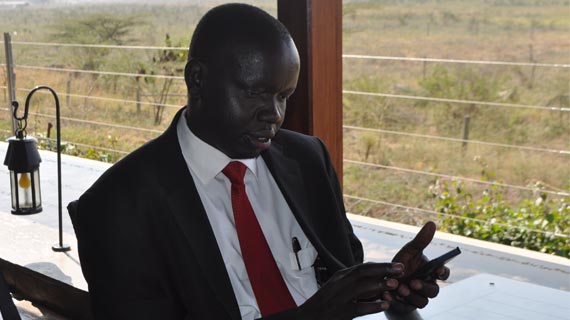 World’s newest state South Sudan plans to conduct major sports leadership and coaches’ trainings in the country as they make steps towards using sports as a tool to promote social economic development.

Tong Deng Anei, the Minister in the Ministry of culture, Youth and Sports in the Northern Bahr El Ghazal State tells Michezoafrika.com that they have set up elaborate plans that will ensure sports and sports men/women get a major lift in the country.

Deng Anei says part of their plan is to identify community coaches who will be assisted to get attached to top clubs in other countries to help them gather experience and learn how best they can help in developing talents as well as using sports to promote leadership trainings.

“We have identified soccer, basketball, volleyball and netball as some of the main sports we want to start with because they have a good following and there is talent as well.” He says.

“We have also started the process of looking for partners who will join us in this journey. However, we will start with the limited resources that we have and do our best to ensure we give our young men and women the basics services needed in training including paying coaches,” He said, “For example in Northern Bahr El Ghazal State, we have over 24 privately owned clubs and as a government, we are doing everything possible to ensure they get the needed support.”

Deng Anei revealed that they have been holding meetings with USA’ s NBA  bosses to see possibilities of partnerships especially in offering of scholarships to top performing players. He said NBA has agreed to sponsor one of their coaches who will soon land an opportunity to receive advanced training in South Africa.

“NBA has promised to send one of our coaches to South Africa for training. We will also bring coaches in Kenya so that they can see what is happening in the Kenyan teams. We also hope the opening up of the East African community will give us advantage because we will benefit from easy exchange programs and other countries can also benefit from the services offered by our players. Our main intention is to have as many players in the region as possible because if we have a good consistent outlet then we will keep producing more who will in return come back to build their nation.” Deng Anei continues to say.

“There is a great potential especially in basketball and soccer and we have identified players with qualities that can earn scholarships in USA colleges through basketball. What we are looking at is how we can develop these children not only to be top players but also developing them into being good leaders. We look at taking them for studies using sports so they can also come back home to help in the process of building our nation in future.” He adds.

The minister reveals that the government has ambitious plans of building major stadiums but first they have the main objective of raising funds from willing partners. He however says they have already started building and upgrading existing basketball courts.

“Infrastructure is what is slowing us down but we will do with what we have for now. We need to build a stadium but we don’t have money yet, this is one of our major plans. But the most important thing is to first ensure our coaches are well trained to equip the sportsmen at the grassroots because even if you keep building stadiums, without well trained coaches you will be doing a useless job.” He says.

The minister has urged the residents of South Sudan especially those in the Northern Bahr El Ghazal State to take ownership of the sports projects in their communities.

“The children we are training are their children. The government will support them but the ownership should come from the community. That is the best way to be part of this great developing nation.” He concludes.