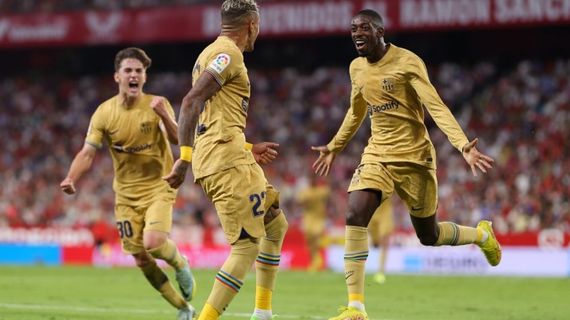 Rossell made the remarks on Friday night  in Nairobi during a cocktail  party to mark the  launching  of  the  first ever  official  Kenya  Barcelona supporters  club in  the country dubbed “Penya  Barcelonista  Mashariki(PBM) .

He noted  that Barcelona  which for more than 100 years did not have a corporate sponsor, is  being supported on this global marketing campaign by Qatar Airways, the club’s first ever corporate sponsor.

“Football instantly touches the hearts of millions. Supporting one of the most exciting clubs in world football offers us an important platform to connect emotionally to the fans of this beautiful game “he said

With the launch, Kenya and East African supporters of Barcelona  who sign up with the  supporters  club  will have  access  to FCB Merchandise  at reduced rates, venue discounts during match viewing, access  to tickets  during matches at  Camp Nou  and much more. The membership level starts from an annual subscription of Shs.15, 000 for junior level to Sh120, 000 for Elite membership.

Kenya becomes the fourth country in Africa where the launch the Barcelona program launch has been initiated after Nigeria, Cameroon and South Africa.