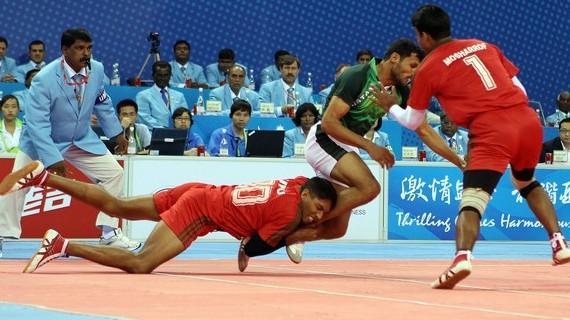 KKSF was formed late last year and is yet to be affiliated to KNSC. The Federation is preparing to send a Kenya team for the World Kabaddi Championship that will be held in Punjab,India later this year.

Ministry of Arts, Culture and Sports secretary Japheth Mwania said the government has welcomed the formation of the new sport that originated from Northern India and further appealed to the federation officials to start affiliation mechanism with the country’s sports umbrella body KNSC.

Mwania said it was paramount for KKSF to be affiliated to the sports council so that it can be easily considered as a credible institution that can also enjoy grants and funding from the government. By seeking affiliation, the federation can also gain credibility and attract sponsorship from the corporate world.

Mwania was speaking in a speech read on his behalf by the Kenya National Sports Institute (KNSI) director Joseph Kirima during the opening of a three day Kabaddi introduction training seminar clinic at Nairobi Simba Sikh Union.

Mwania thanked Simba Union for hosting the seminar and assured the new federation of support from the Ministry. He urged KKSF to recruit more members countrywide to make it more appealing and attractive. The seminar was attended by more than 25 participants who were drawn from various countries in the country.

In his speech, Mwangi said he wanted to introduce the game countrywide with his main objective targeting schools in their youth development strategy.

“We were targeting to have a professional coach from India to come and conduct a coaching and refereeing clinic but due to lack of funds and sponsors we decided to use our players who got exposure at the World championships to attend the seminar,” he said.

Mwangi asked corporate and well wishers to support his body in a bid to popularize the sport in the country adding that they were ready and willing to work with the government.

Mwania added ”“We welcome the formation of various sports in the country to give more opportunities to those who want to participate in sports activities. We cannot all play football, hockey, athletics, volleyball among others so that is why we need to have a variety for all inclusiveness.”

The secretary asked KKSF to be transparent in its leadership and avoid wrangling for credibility.”This is  a unique sports that incorporates techniques from martial arts like  Judo and wrestling.It’s  a vibrant  sports that  needs  to be embraced  and supported for the future generation".