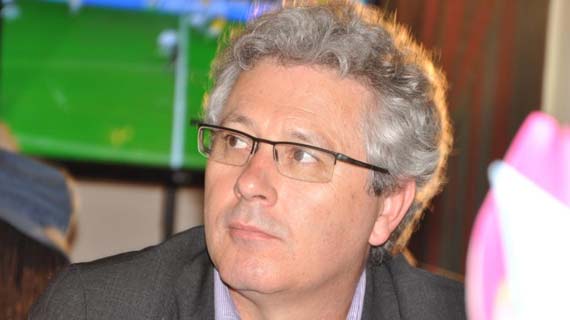 It will be exactly one year since his resignation from SuperSport as he is expected to take over his new role on 1st of July 2013. During his stay at SuperSport, Rathbone was greatly involved in the KPL and SuperSport partnership that has seen the local Kenyan soccer league rise to be ranked among the best in Africa.

The professionalization of the KPL, the start of the KPL Top 8 and recent push to have Swahili commentaries that resonates better with the East Africans have been great achievements under his tenure.

Rathbone who has been involved in African football as a journalist and TV producer since the mid 90’s will now take the lead in building and growing the Zuku sport offering to the local and regional market.

“We are thrilled to have Gary join the Zuku team”, said Richard Bell, CEO of Wananchi Group. “He brings not only a wealth of experience to our business, but also a passion that is so contagious we have no doubt that it will make a huge impression on Zuku and our viewers.”

This year, Zuku has come out strongly to support Kenyan sports development launching a 50 Million shillings sponsorship to the University basketball League (ZUBL). Zuku also entered into A 23 Million shillings partnership deal with one of Kenya’s oldest club AFC Leopards by supporting the fans’ magazine show known as Ingwe TV.Zuku is also expected to soon unveil a rugby sponsorship deal.

Rathbone brings with him a wealth of experience having worked in the industry for over 16 years across Africa. He won the (SAB) South African Sports Journalist of the Year award for Best TV Insert in 2006 for his piece on football and reconciliation in Rwanda on the Futbol Africa show.