Fransman out as Bafana Bafana prepare for African champs 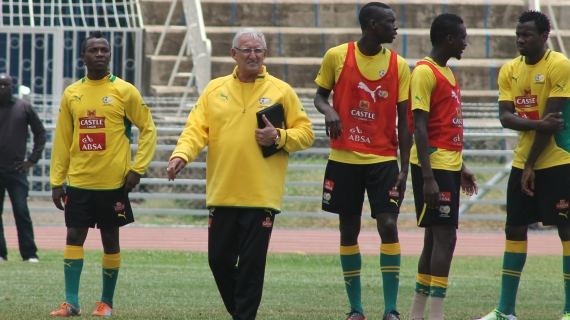 Fransman out as Bafana Bafana prepare for African champs

SuperSport United defender Bevan Fransman has withdrawn from the Bafana Bafana squad that faces 2012 AFCON champions Zambia in the COSAFA Cup semi finals at the Levy Mwanawasa Stadium in Ndola on Wednesday.

Fransman was initially left out of the travelling party to play for his club in a pre-season friendly match against Manchester City on Sunday, which SuperSport won 2-0. The defender was expected to fly to Zambia on Monday.

Due to the COSAFA Cup tournament rules, there can be no replacement, which means Bafana Bafana head coach Gordon Igesund will have to make do with the 19 players already in Zambia.

In a match described as “final before final” South Africa will play the host country Zambia who are on form and enjoys home support. Bafana Bafana qualified for the last four after defeating Namibia 2-1 in the quarterfinals on Saturday at the Nkoloma Stadium in the capital Lusaka.

In another semi final clash, resilient Lesotho will take on defending COSAFA Cup Champions Zimbabwe at Levy Mwanawasa Stadium. The crocodiles cruised to semis after piping Angola 5-3 on penalties after having a 1-1 draw of normal time.

Zimbambe has won the COSAFA title four times, while South Africa and Zambia have claimed it three times each.