Fighting and regulating violence and hooliganism in Kenyan football 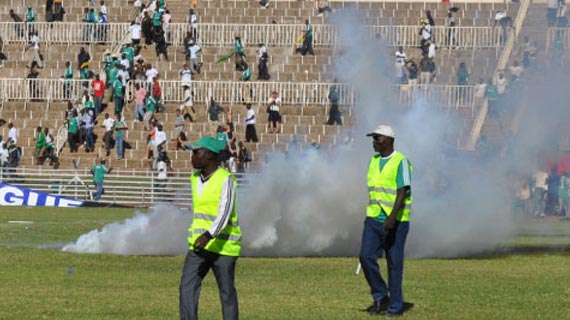 Fighting and regulating violence and hooliganism in Kenyan football

For decades, Kenyan football has been no stranger to acts of hooliganism and violence perpetrated both within and outside the environs of the stadia.

The recent spates of violence involving Kenya’s top two and the most followed clubs, AFC Leopards and Gor Mahia sent out a clear message that more needs to be done to fight this vice that threatens the very essence and fabric of the social aspects of sports.

With who does the buck stop when it comes to combating this vice? What more can and should be done at legislative (national and federation) level to tackle hooliganism?

The clubs and federations

In international matches, the duty of ensuring stadium safety and security of all persons and property inside the stadium and within its immediate environs lies with the federations. In club competitions, this duty lies with the clubs. Liability for failure to comply with this duty is strict and is regardless of the question of culpable conduct or culpable oversight. Whereas the home team is tasked with providing safety and security, each club / federation is liable for any improper conduct among its spectators.

This is without prejudice to the right of any private citizen to file a lawsuit for damages against any of the perpetrators and, depending on the facts and circumstances, also against the club to whom the perpetrators belong.

A raft of preventive and punitive measures, although not exhaustive, could be adopted as expounded below.

Although there exists no national law on violence and hooliganism in sports, the penal code is in itself sufficient enough to curb and deal with most of the vices, given that a majority of the acts bear the hallmarks and characteristics of crimes punishable by law. A rigorous search and identification process of the perpetrators within the stadium environs culminating in charges before a court of law would therefore go a long way in reducing incidents of violence and hooliganism in sports.

Alternatively, the government could consider enacting a special law on violence and hooliganism in sports which could make the following acts, (among others which are already forbidden under the penal code and related laws) punishable by law:

These laws could also:

The presence of stewards is not enough in itself.

The FKF should contemplate enacting safety and security regulations, or at least consider implementing such regulations, if existent. These regulations should among other things, contain the following minimum mandatory requirements to be met by clubs:

In addition to the above minimum mandatory requirements, the FKF safety and security regulations could contain provisions:

The sanctions recently imposed on clubs in the form of hefty fines and playing behind closed doors are welcome. However, the criteria used in arriving at the amount of compensation for lost revenue to be paid by the sanctioned club to any club(s) which will have to play its next home match against the club sanctioned behind closed doors remains questionable.

Nevertheless, there is room for further review of the FKF Disciplinary Code, for example, by prohibiting pitch invasions and sanctioning clubs whose fans invade the pitch.

It is an arduous task to police a stadium crowd. It is therefore vital for the police, the federation and the clubs to develop an effective working relationship. This can be done by:

This would also help in preventing the clubs charged with violent misconduct from claiming that the perpetrators of the acts in question are not their fans but were rather goons hired by their rivals with the aim of tarnishing their name and/or getting them into trouble with the authorities.

The government and the federations can only do as much. Ultimately, it is upon the fans themselves to change their culture, outlook and approach during matches, as it is they who are the conservers and promoters of sports, and their acts will only serve towards causing further harm, pain and suffering on their beloved clubs.