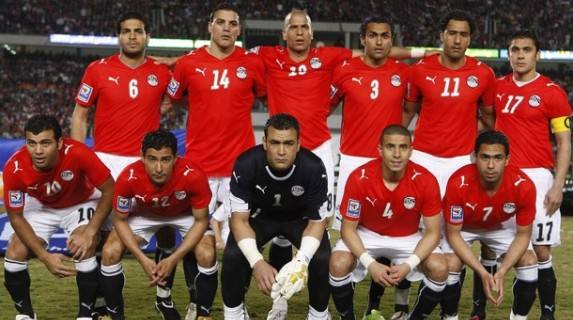 Egypt secured their place in the knockout stage of the 2014 Fifa World Cup qualifiers when they defeated Mozambique 1-0 at the Estadio da Machava in Maputo on Sunday afternoon.

Mohamed Salah scored the only goal of the match in the 40th minute to help the Pharaohs maintain their perfect record of five consecutive wins. The FC Basel player continued with his impressive scoring form after netting a hat-trick against Zimbabwe last weekend.

The result leaves Bob Bradley’s side at the top of the table with 15 points, eight points ahead of Guinea, who still have to complete their fifth fixture against Zimbabwe. Egypt are looking to return to the World Cup for the first time since 1990 after failing to qualify for the last four editions.

Their final group match will be at home against Guinea in September.

Elsewhere, Cameroon failed to Catch up in Group I after playing to a barren draw with thye Republic of Congo at the Stade de Martys in Kinshasa on Sunday evening. Cameroon was looking to catch up with log leaders Libya who defeated Togo 2-0 on Friday to pull away from the rest of the group.

Top striker Samuel Eto’o missed the game due to a hamstring injury, and his presence was felt again as Cameroon failed to find the back of the net for the second straight game.

The results leave Cameroon with 7 points, Libya with two more points ahead of Cameroon while Democratic Republic of Congo and Togo are with six and four points respectively.

Cameroon will now look to collect maximum points from their final qualifier when they host Libya in a top-of-the-table clash in September.