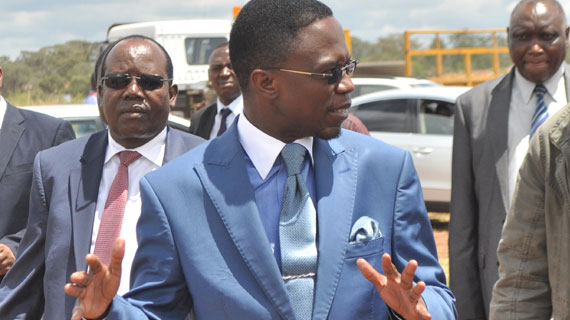 Sports and Youth Affairs minister Ababu Namwamba on Thursday inaugurated an interim committee that will oversee the formation of a Sports Authority that will manage sports in Kenya.

The committee will pave way to the formation of the body to be known as Sports Kenya in the implementation of the Sports Act 2012 that was passed in parliament in January.

The interim committee will be chaired by lawyer Katwa Kigen and will manage the transition and work out an exit strategy after handing over its functions to Sports Kenya.

The committee will be tasked with preparing regulations governing transfer of assets and liabilities to vest on Sports Kenya.

The formation of Sports Kenya will see the disbandment of the Sports Stadia Management Board (SSMB) and Department of Sports.

It will oversee public officer’s act updating the register relating to property among other things according to clause eight of the Act.

The minister said the ministry has requested the Public Service Commission to recruit a Sports Registrar but in the meantime have asked the government employer to deploy an acting officer to act in that capacity so that the Sports Act's implementation does not come to a standstill.

“I am satisfied with my six month tenure at the ministry where my main aim of having the Sports Bill being passed in Parliament into law and now before exiting as the minister I wanted to sign off by inaugurating the sports authority.” He noted

The minister said the ministry has similarly written to the Judicial Service Commission to establish a Disputes Resolution tribunal which will be a quasi court which is provided for in the Act.