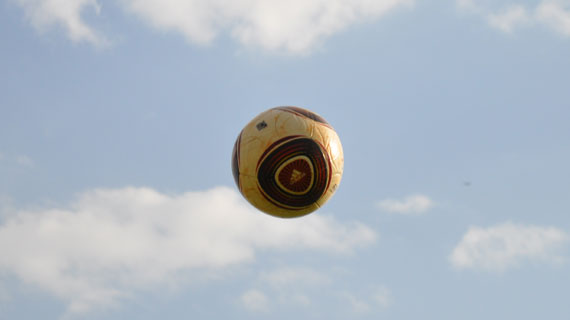 He passed away on Sunday night at the Moi Teaching and Referral Hospital after a long battle with diabetes. He will be laid to rest at his Shivakala home in Amalemba , Kakamega town.

His eldest child Toninho describes him as, “a loving dad and a hard disciplinarian who always fell in love with people of high excellence. He never wanted to be associated with failure and was always very low when his team lost. He also loved music and was a very funny guy. We will miss him.”

The coach started his soccer coaching career when on pre university attachment at Ingotse high school in Western. He studied at Mukumu boys high school and Kakamega boys for his form five and six certificates.

He later joined The University of Nairobi where he majored in Bachelor of Education as a Physics and Mathematics teacher. After graduation he joined Kakamega High School in 1977 but started coaching the Green Commandoes team in 1978 until after he retired from teaching in 2005.

He underwent training under the German coach Bernard Zgoll, the youth coach who helped in setting up high excellence youth centers in the 70’s. Makokha, apart from just taking part in many local soccer coaching courses traveled to Brazil and Germany where he underwent advanced coaching courses.

“He was one of the best trained coaches during our times and he could read the game of the opponents in a few minutes before changing his style of play. I remember playing against his teams in the 80’s and he was a feared coach.” Said veteran coach Vince Ombiji as he eulogized his departed colleague.

The coach led a highly powered squad to the 1988 African Cup of Nations in Morocco where they lost 3-0 against Nigeria, 3-0 against Egypt and drew 0-0 against the Indomitable Lions of Cameroon to finish at the bottom of Group B with one point.

He was also part of the German coach Reinhardt Fabisch technical bench in 1997.

As a coach at Kakamega High School, Chris Makokha won ten national titles with the famous Green Commandoes and entered into history books for being one for the greatest Kenyan schools’ soccer coaches. He was the man behind the name ‘Green Commandoes’ and will be remembered for his signature touchline shouts of  "Boooys let the ball kiss the ground".

His last major top coaching role was in 2010 when he was appointed to take over AFC Leopard’s replacing sacked Nick Yakhama.

However, his stay at this post did not last long as his team was then characterized by a series of poor results leading to his premature departure.

Coach Makokha was first diagnosed with diabetes in 1984, an illness that affected his eye sight leading to an operation that led to his usage of the special high magnification spectacles he was famously known for.

As narrated by his eldest child Toninho Makokha, the coach started being frail in 2010. “He started being weak in 2010 but he has been putting on a brave face ever since. He never allowed himself to sit idle and even took up another role as the technical director of Rush FC.” He said.

In the last three years, Makokha has been mostly engaged in advising upcoming coaches in the western region as well as supporting some schools in technical advice including his former team the Green Commandoes of Kakamega High School.

“He was always there giving us advise on some important tips. He could spot a talented player on a first touch on the ball. He has been behind many talents in this country and we will surely miss him.” Says current Kakamega High School soccer coach Hezbon Nyabinge.

“He groomed me since my playing days until when I started coaching. He has advised me and helped me to become who I am today and I thank him sincerely even as he goes to rest.” Nyabinge adds.

Football Kenya Federation Western NEC representative Elly Mukolwe worked with Makokha for decades in youth development and says, “This is the right man Kenya should have recommended for presidential awards. His contribution to the development of Kenyan soccer is immense and cannot even be quantified. I lack the right adjectives to describe him but all I can say is that we have lost a great man.” Mukolwe says.

Among some of the few names that went through coach Makokha’s training included Dennis Oliech before he joined Kamukunji, Simeon Mulama, Abubakar Iddi, Maurice Sunguti, Bonventure Maruti among others.

On his face book page Striker Dennis Oliech said, “Still can’t believe that the great coach CHRIS MAKOKHA is no more. The man made football a spectacle even during training. His desire for perfection was impressive and his passion infectious. The imprint he leaves in many a life can never be erased. RIP Coaches.”

He has also trained many coaches including Alfred Imonje, George Baraza, Dennis Munyendo who is now a principal at Mukumu boys, Vitalis Kangaiya, Dan Musuku among others.

The coach has left behind a widow and three children Toninho, Lonah and Irene.