Chelsea ousted from their FA Cup throne by Man City 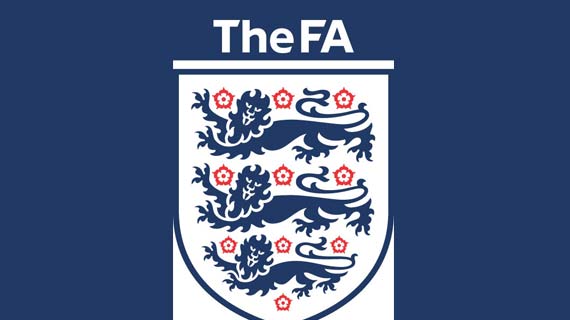 Chelsea ousted from their FA Cup throne by Man City

Demba Ba’s goal was a stunner, better than his volley against Man United in the quarters of the FA Cup. But it wasn’t enough to pull the trigger for the dethroned FA Cup defending champions, Chelsea, who had been hounded and pounded for close to an hour in the semis of the FA Cup at Wembley. The Blues may have finished the game on a high, but loose finishing ensured the Citizens matched to their second final in three years.

Paying for a slow start to the game, the Stamford Bridge outfit was being skinned alive, and it was no surprise when Samir Nasri opened the scoring with a fine finish. Intricate passing between the forward line of Roberto Mancini’s side simply showed the grit and desire of a side with only one trophy to play for, and Chelsea should thank Petr Cech for remaining in the game.

It’s no secret that the Sky Blues have usurped the Londoners as one of the top two teams in England, and when Sergio Aguero, himself lucky to remain in the field with an unspotted two footed lunge on David Luiz, got a second goal with a fine header that left Cech rooted to the spot, anyone City could visualize the trophy residing in the blue half of Manchester.

The moment Rafa Benitez decided to bring El Nino Fernando Torres into the game, confusion ensued in the City defense. Seconds after the Spaniard had entered the fray, and destabilized the rearguard, Ba, who had been in and out of the tie, got his sumptuous goal of his own. Henceforth, Juan Mata, Oscar, Torres, Hazard, Ramirez, started raiding Costel Pantilimon goal, the 6ft 8inch keeper coming up with some good saves.

Nevertheless, Chelsea were left ruing Chris Foy’s poor officiating. After not giving a red card to Aguero, Torres was left seething when Foy denied him a clear penalty. Those two decisions could have changed the tie in the Blues’ favor, but it wasn’t to be. In the end, after the final before the final, the incredible City progressed to face Wigan Athletic and are the clear favorites to lift the oldest cup competition in the world. As for the Blues, Roman Abramovich has some serious thinking to do.

20th title within the sights of the Red Devils

On the premiership front, Mancini’s the-one-who-got-away player, Robin van Persie, broke his goal scoring drought with a penalty to send Man United 15 points clear, albeit with one game in hand, in a 2-0 victory over Stoke City at the Britannia Stadium. Michael Carrick had opened the scoring in the first half with a fine finish from a poke.

The Red Devils now require only two wins and a draw from their remaining three games to lift their 20th title and make a mockery of Mancini’s assertions that Premier League teams fear Sir Alex’s side. Facing West Ham and Aston Villa next, it’s safe to assume that by the time the record holders play the London duo of Arsenal and Chelsea in quick succession, the champagne may have been popped.

It’s Chelsea who will have to recover from their FA Cup defeat to focus on qualifying for the Champions League. With Arsenal’s 3-1 victory on Saturday over Norwich City, the battle for fourth position is playing out between the Blues and Tottenham Hotspurs. My bet is this, for Spurs, it will be so close but no cigar. Again.