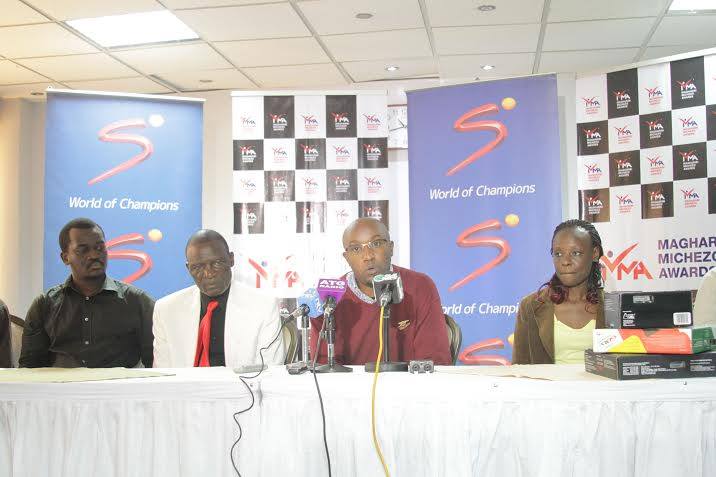 Bungoma County will once again play host to the Magharibi Michezo Awards on Friday 19th December 2014.The event, now in its second edition is geared towards rewarding the achievements of athletes as well as encourage the next crop of sporting talent from the West Kenya region.

Speaking about the decision to take the event back to Bungoma, MMA Chairman Michael Kwambo said, “ This award ceremony is still growing, and the decision to return to Bungoma for the second edition was informed by a couple of factors including the goodwill from the county.”

“ We are still on course to roll out the event to the rest of the region over time,” he concluded.

Speaking to members of the Magharibi Michezo Awards Committee who visited his office in Bungoma, the County Executive Member in charge of Sports Stephen Kokonya welcomed the move and pledged support towards the initiative, “The entire leadership of Bungoma county is delighted for Bungoma County to have been given the opportunity to host this event again and I want to extend my invitation to all those who will be coming to attend the gala. This is a noble initiative and we are ready to offer our support.”  He said.

“As Bungoma County, we shall be hosting a lot of festivities in December including our Cultural week which is scheduled for the same month. During this time we will also be hosting a major marathon in Mount Elgon and this Magharibi Michezo Awards will be very timely, coming at a time when we as Bungoma County shall be celebrating sports excellence.”

“We hope those who will be coming for this awards will take time to celebrate with us.”