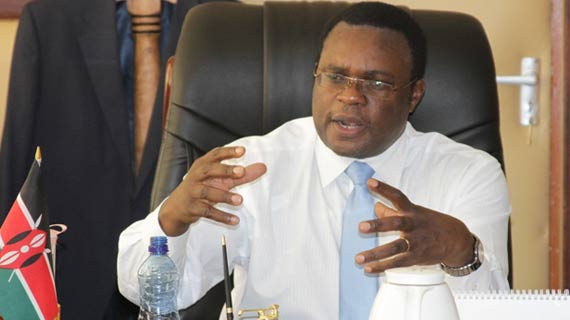 Bungoma County Governor Kenneth Lusaka has thrown his full support behind the Inaugural Magharibi Michezo Awards (MMA) that will be held on December 20th in Bungoma. While addressing representatives from the MMA Organizing committee at his office in Bungoma on Wednesday, the governor said the county is ready to welcome top Kenyan sportsmen and women who have over the years brought glory to the nation.

“I want to take this opportunity first to congratulate organizers of this event and also to thank them for settling on Bungoma County to host celebrated sportsmen and women. As the Governor of Bungoma County I take this earliest opportunity to welcome all those who will be attending this noble event to our county and assure them that they will have a good time.” He said.

“Bungoma County has been known to be home to top class sports talents with Lugulu girls’ high school producing some of the best volleyball stars over the years. Mt. Elgon has also been home to some of the finest athletes led by Ben Jipcho as well as many football players and this Magharibi Awards presents us with a very rare privilege to host some of these greatest men and women of honor.”

The Magharibi Michezo Awards (MMA) is the premier sports awards ceremony in Western Kenya geared towards rewarding the achievements of the region’s athletes while celebrating the excellence of Kenya’s sports talents as well as encouraging the next crop of sports talent across the spectrum.

The event will bring together celebrated sports men and women from the region and senior sports stakeholders drawn from different disciplines across the country.