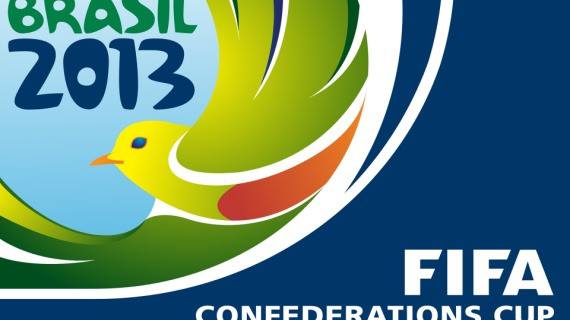 Paulinho’s late header saw the four match unbeaten Brazil cruise to the Confederations Cup finals by beating Uruguay 2-1 at Estadio Mineirao. The Selecao boys will be looking forward to their fifth title in the finals on Sunday 23rd at Maracana in Rio de Janeiro as they prepare to take on Spain.

The decisive moment of the match came in the 13th minute when Chelsea defender David Luiz wrestled Uruguay captain Diego Lugano to the ground. Diego Forlan's weak penalty was well saved by Julio Cesar, who dived to his left to turn it round the post.

The Samba boys went on to take the lead in the 40th minute when Neymar deflected a long ball from Paulino which fell to Fred who sent it home past Uruguay’s keeper.

Uruguay continued to threaten Brazil snapping in tackles and denying them space to make easy moves but the front three of Forlan, Luis Suarez and Cavani failed to get the better of Brazil's defence.

Three minutes into the second half, Brazil’s defence failed to clear the ball and when Thiago Silva's weak pass fell to Cavani and he made no mistake in getting the equalizer. Pressure mounted on both sides until 86th minute when Paulinho rose at the back post to head home a Neymar corner to seal the victory for Brazil.