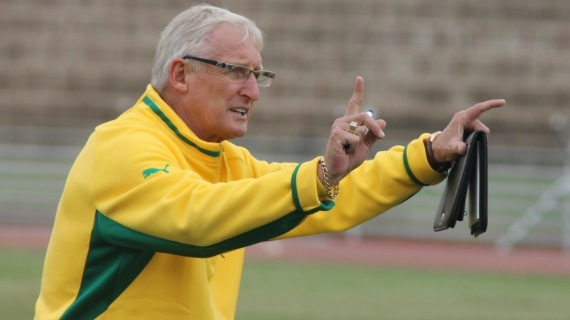 Bafana bafana have to work extra hard to get maximum points against Ethiopia as this match is most likely to be the group decider in the ongoing 2014 World Cup Qualifiers.  Reneliwe Letsholonyane, Bafana bafana’s dreadlocked midfielder had an early birthday on Saturday as Bafana got victory over Central African Republic.

Letsholonyane played a crucial role in the blissful victory of as they subdued CAR 3-0 in the 2014 World Cup Qualifiers. It was a great game for the hosts as they scooped three valuable points.

However, their mission was not yet fully accomplished as they are to face Ethiopia who top group A if they are to keep alive their hopes of Qualifying for the World Cup in Brazil.

Ethiopia won 2-1 in Botswana on Saturday to stay two points ahead of South Africa in a thrilling Group A race for World Cup survival. Ethiopia has 10 points and South Africa eight with two rounds left.