2013 Confederations Cup set to kick off in Brasilia 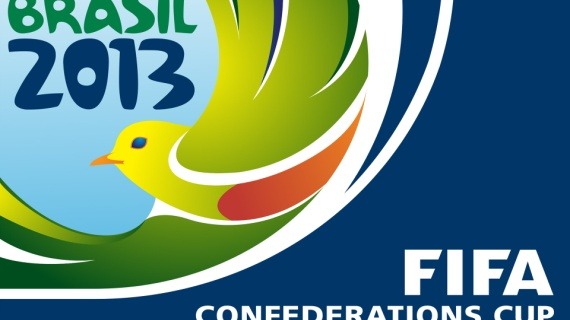 2013 Confederations Cup set to kick off in Brasilia

The dress rehearsal for the 2014 World Cup set to be held in Brazil is expected to kick off this evening in the Brazilian city of Brasilia at 2000 Hrs EAT. The tournament which is played every four years exactly a year before the next World Cup is expected to put Brazil’s preparedness for the 2014 showpiece on the weighing scales.

The hosts, under Coach Luiz Felipe Scholari will be immensely under pressure to defend the tournament they won in South Africa in 2009 and bag their fourth consecutive Confederations Cup title.

Six Brazilian cities; Brasilia, Belo Horizonte, Fortaleza, Recife, Rio de Janeiro and Salvador are hosting the two-week soccer tournament with Brasilia set to host the opening ceremony. The tournament will bring together champions of all the five continents as well as the hosts.

The Sellecao come into the tournament on a backdrop of slipping down to their lowest FIFA ranking, a current 22nd. However, they will find solace in their recent triumphs in friendly matches that they have played prior to the tournament.

Other countries in the tournament are European and World Champions Spain who are seen as the favorites, Italy who lost to Spain in the Europea Championships Finals, South American champions Uruguay, CONCACAF champions Mexico, Africa champions Nigeria,  Asian champions Japan and Oceania champions Tahiti who are mostly viewed as the tournament’s underdogs.

African Champions Nigeria will be seeking to have a better imprint of themselves this time round especially after a bonus-payment row threatened to stop their participation in the tournament. They beat Kenya 1-0 in Nairobi two weeks ago before drawing with Namibia 1-1 last Wednesday.

Group A of the tournament has Brazil, Mexico, Japan and Italy while Group B has African Champions Nigeria, Spain, Tahiti and Uruguay.

The first match of the tournament will see hosts Brazil taking on Japan at the Estadio Nacionale de Brasilia in Brasilia at 9pm EAT. African Champions Nigeria will kick off their campaign against Tahiti on Monday.