15 points, Man City! Catch us if you can 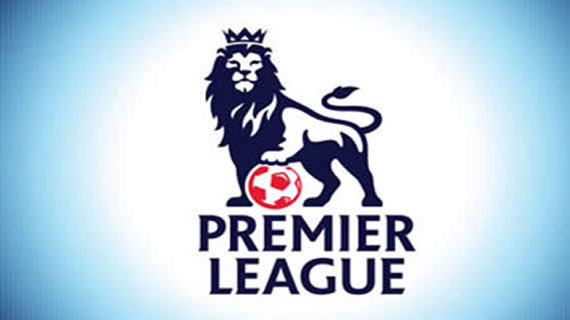 15 points, Man City! Catch us if you can

One goal. That’s what mattered most for the Old Trafford faithful, that’s what Man City couldn’t even score. If Roberto Mancini still sings the same ‘You’ve-been-getting-lucky’ song towards Man United, he should seriously consider coming up with another. It’s not that the Red Devils have been exhilarating. Far from it. But they haven’t had to shift into second gear because the competition has been appalling.

Talk of the Citizens. They must feel jinxed anytime they visit the Goodison Park. Knowing well that three points were the irreducible minimum, alas, even playing against 10 men, the still went ahead to lose 2-0. Take it up from there United. Much obliged. Wayne Rooney goal. 15 points clear. Campaign over.

It’s difficult to see Sir Alex’s charges staging a sequel to last season’s horror show when they points haul started deflating from 8 points to zero. The red behemoth needs only to win four games and maintain their healthy goal difference to take their 20th English title. Okay, so the Old Trafford outfit still has to face Man City, Chelsea and Arsenal, but pick four wins and a draw from the bunch of Sunderland, Stoke, Aston Villa, West Ham, Swansea and West Brom, and you still have a winner.

It’s actually easier for the Etihad outfit to be overtaken by a determined third-placed Chelsea side that is only four points shy of their nouveau riche brothers, what with Frank Lampard’s 200th goal for the club leading the team to a 2-0 over old club West Ham. Seriously. Rafa Benitez may be the most loathed person at Stamford Bridge, but if he can pull of a surprise second spot, he’ll be the last man laughing.

He’s already toppled Tottenham Hotspurs, a team that loves imploding when the season is on the home stretch. Surely, Andre Villas-Boas should try, hard as it may, to ensure that the sublime performances we’ve been treated to in the opening and mid seasons do not capitulate when their sweat really deserves it.

Fulham visited White Hart Lane and there was another stumble. Former employee Dimitar Berbatov was at hand to silence the Lilywhites, leaving Spurs in the miry clay after a second consecutive premiership defeat.

That is never a good thing when your archrivals can smell blood. Arsenal have a knack of making it a nightmare for Spurs. They have a game in hand and were deserved 2-0 winners against Swansea, the victory leaving the Gunners only four points adrift their North London rivals. The picture is grim for AVB. The next few premiership games see them facing Swansea, Chelsea, Man City and a tricky Everton side.

I bet there’s a wide grin forming on Arsene Wenger’s face, especially on the back of two splendid away wins over Bayern Munich and Swansea. He’s been here before when it comes to Spurs, a case of déjà vu, perhaps. Don’t bet against the Gunners’ qualification for Europe’s elite club competition. Barring all odds, they should be gracing it, again.

Not so for Liverpool. It’s now four defeats in the last five at the St. Mary’s Stadium, a heart wrenching 3-1 defeat at the hands of Southampton. Managers have come and gone, players too. But a first win in more than a decade against the Black Cats has still proven elusive. What this means is that we are about to witness a Merseyside battle for a Europa League spot, that is if the likes of Wigan or Millwall don’t lift the FA Cup. Good times ahead.