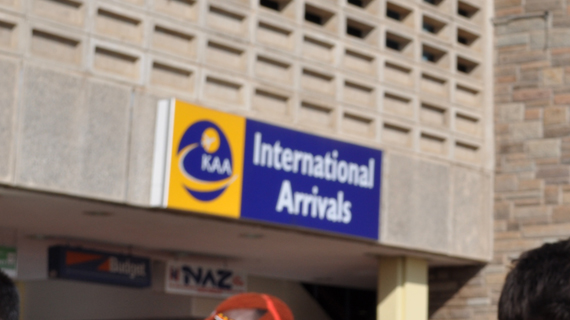 Five Kenyan boxers jetted back on Saturday afternoon from Sri Lanka where they had participated in the Lion Cup International Boxing Championship.

Gold medalist Rayton Okwiri, silver medalist Dennis Okoth and Simon Mulinge a bronze winner in the flyweight category all expressed optimism of winning more medals when the Commonwealth Games get underway in Glasgow-Scotland in July.

In the ten day tournament, Kenya was represented by five boxers however John Kariuki and Benson Gicharu were unlucky to return empty handed.

The team which was received  at the airport by  Kenya Boxing Association chairman  John Kameta and former boxer and legislator Reuben Ndolo  will now gear for Zambian challenge whom they host  in Nakuru  on May 31st  at the Madison square garden.

Okwiri, a Prisons boxer who floored a Philippine opponent Eumir Felix in the finale to claim gold in the welterweight category said that he was pleased to bag the top medal as it is an inspiration ahead of the Commonwealth games, “I am happy to have won gold. It was a very different competition against tough opponents which has been a good experience” he said shortly after their arrival.