USIU Flames on fire in Burundi 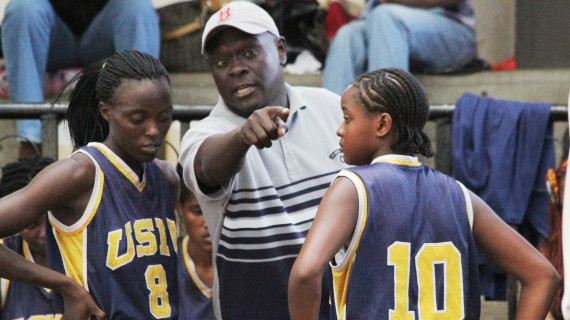 USIU Flames on fire in Burundi

United States International University (USIU) women basketball team –The Flames - on Tuesday opened their regional basketball competition on a high with a 60-43 win over Uganda’s KCC.

Being their first debut at the competition, the Flames who were last year’s Kenya Basketball Federation premier league runners up are out to end the competition on a high with experienced star Hilda Indasi expected to power the team all the way to the finals.

Indasi scored 13 points against KCC while Linda Mfuchi had 10 points.

Defending champions Eagle Wings departed Nairobi on Tuesday evening after and are expected to open their campaign on Wednesday as their match against APR from Rwanda ws postponed to Thursday upon request.

Eagle Wings were not sure of traveling to Burundi as they had ot raised the needed 3 Million shillings needed to finance the trip.

However the Kenyan government on Monday stepped in to rescue them by purchasing team air tickets for the 17 members of the traveling team.