USIU Flames a match away from historic national title 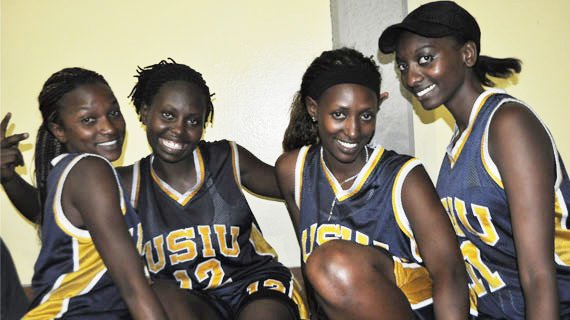 USIU Flames a match away from historic national title

United States International University (USIU – A) are a match away from their first  Kenya Basketball Federation Women Premier League title as they lead defending Champions KPA 2 -1 in the best of  Five Finals series.

Having picked a crucial opening win away in Mombasa last weekend, The Flames recovered from losing the second match to KPA and dominated the champions in all quarters at the Nyayo National stadium on Saturday afternoon  winning 43 -77 (13-15, 7-21, 10-16, 13-25)

Hilda Indasi with 17 points, Sarah Chan with 16 points and Angela Akoth with 13 points powered the students’ to their win on Saturday. KPA’s Yvone Akinyi was however the highest point’s scorer on the day managing 20 points for her side.

A win for USIU on Sunday afternoon in game 4 will ensure the students bag their first national league title in history.