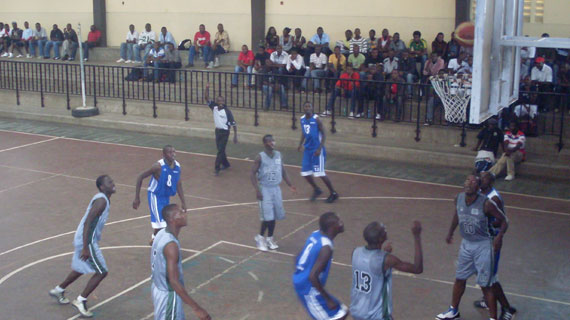 Masinde Muliro University of Science and Technology basketball team has opted to play in the Zuku sponsored university league rather than the Kenya Basketball Federation Premier League.

According to Tobias Lihanda one of the officials at the institution’s Sports Department, the decision was made so as to avoid straining the team to play in two very competitive leagues,

“Both the premier and university leagues are tough leagues so we opted to play in the university league rather than exhaust the team in playing two leagues and we also considered the amount of resources required to sustain such a schedule.”

Lihanda went on to explain that though the decision had been made, they were still look at other viable options, “we have not completely shut out all options and if we can get something to work with then there is no problem.” He adds.

In the 2012 Premier League season MMUST were able to reach the play offs stage but could not make it past the 1st round.