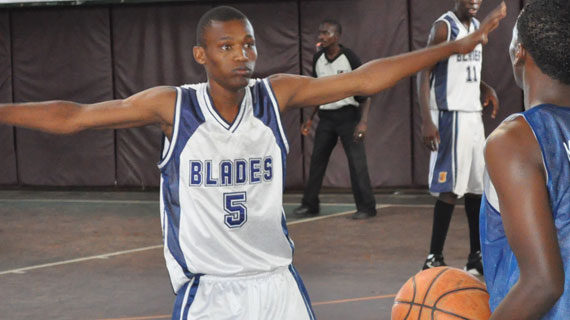 One of Kenya’s leading music outfit and Entertainment Company Code Red Dj’s has partnered with the Kenya Basketball Federation in a bid to popularize basketball in Kenya. Code Red will wire up and liven the event whose peak will be a thriller between Strathmore Blades led by Arthur Ameso up against Ancette Wafula’s Ulinzi Warriors.

“Our main objective is to popularize basketball in Kenya as well as improve the standards of the sport. We promise the fans unending action each month under floodlights and encourage them to come and cheer their favorite teams’ in spectacular action.This is the beginning of a major revolution taking over Kenyan basketball league matches.” Said Peter Kiganya one of the organizers of the event.

Expected to make live appearances during the event will be Kenya’s leading artsistes including: Madtraxx, Octoppizo, and MC Pointblank! All powered by Code Red DJ’s.

The main league match will be curtain-raised by dunking and free-throws competitions before a game of rookies involving International Schools Champions NIS and Nairobi Province Champions Upper Hill a match that will let them settle their scores of who is the best basketball team between the two.

The main league match promises to be a spectacle not worth missing as Strathmore this season have already sent signs of being serious contenders justifying their course by picking up from a narrow loss to Thunder winning three consecutive games including a sweet victory over former champions KCB. The soldiers, who too are former champions, will turn once again on their chief-architect Ancette to slay the promising varsity side.

Ulinzi Warriors return to the gym on Sunday to take on Thunder that has been unpredictable this season. Charges for the evening are Sh.200 and the gym is opened at 6pm till 10.30pm.