Defence was key in win Over Co-op Bank – Eliud Nzioka 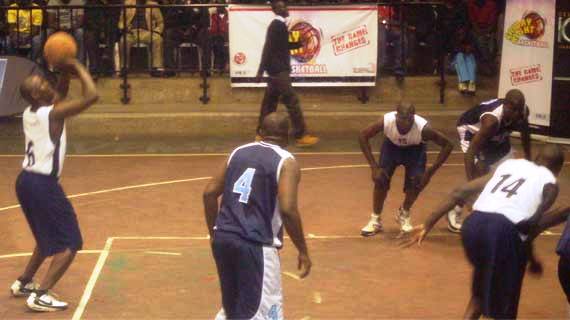 Defence was key in win Over Co-op Bank – Eliud Nzioka

Ulinzi Warriors Coach Eliud Nzioka has a good display of defence by his side to thank when they beat Defending champions Co-op Bank 51-46 on Saturday afternoon at the Nyayo Gymnasium.

Nzioka was speaking to michezoafrika.com after the match and he hailed the tight defence play Ulinzi Warriors exhibited in the match, “in our last game we lost because the defence allowed our opponents to shoot. We knew Co-op Bank would shoot and we did everything we could to avoid that, I am pleased that the players followed instructions and it worked for us.”

The win was Ulinzi’s first win since the league began and Nzioka describes this as a huge morale booster, “beating the defending champs has put us in the right state of mind and the boys know what they are capable of so I know we will go for the coming matches with a positive attitude.”

Ulinzi so far has four points from three matches having lost two and winning one.